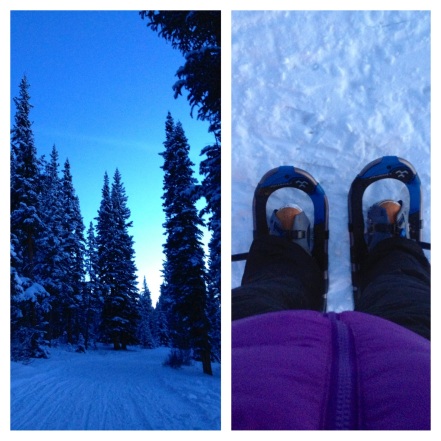 I had heard of the violet hour before, as well as the green hour and yellow hour, but never the blue hour. It wasn’t until I was standing at the edge of a dense forest, about to snowshoe along a well-worn trail in the snow, that I thought to myself, “If there is such a thing as the blue hour, surely this is it.” The sun had disappeared behind a distant mountain range, its radiant glow diffusing along the ridgeline, while the moon had already risen on the other side of us, turning the glittery, white snow into a soft blue hue. It was about 5:15 p.m. on Christmas day, and we were on our way to Tennessee Pass Cookhouse, a quaint, candlelit restaurant housed in a remote yurt, which you can reach via snowshoes, cross country skis or snowmobile. For novelty’s sake (and so I could finally cross it off my list of things to do in Colorado), my boyfriend and I opted for snowshoes. END_OF_DOCUMENT_TOKEN_TO_BE_REPLACED